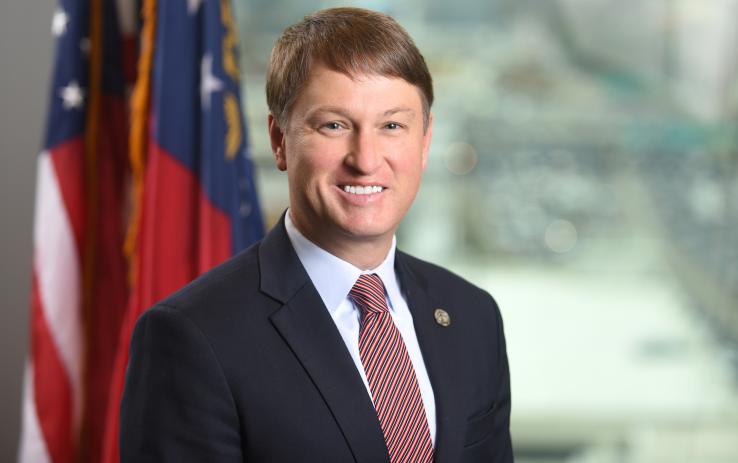 Pat Wilson was appointed Commissioner of the Georgia Department of Economic Development (GDEcD) in November 2016. As Commissioner, he leads the state agency responsible for creating jobs and investment opportunities in Georgia through business recruitment and expansion, small business growth, international trade and tourism, as well as the arts, film and music industries. Pat is responsible for leading the GDEcD team in planning and mobilizing state resources for economic development.

Under Governor Brian P. Kemp and Commissioner Wilson’s leadership, Georgia was named the No. 1 state in the nation in which to do business for the seventh consecutive year in a row by Site Selection and sixth year in a row by Area Development. GDEcD was also rated as the nation’s best state-level economic development organization by the International Economic Development Council (IEDC) in 2017.

Mr. Wilson previously served as Chief Operating Officer of GDEcD from January 2011 until his appointment as Commissioner by former Governor Nathan Deal. As COO, he managed the daily operations of the agency, directed long-term strategy, managed the agency’s legislative priorities and served as the department’s liaison with the Georgia Congressional delegation and federal government partners. In addition, Pat served as Executive Director of the Georgia Allies.

Mr. Wilson joined GDEcD as Deputy Commissioner for Global Commerce in 2010. Prior to that, he served on the staff of Governor Sonny Perdue as the director of government affairs. In that position, he led efforts to promote Governor Perdue’s legislative agenda at the State Capitol and managed federal affairs for the state of Georgia. He previously served as director of federal affairs for the state, opening the Washington, D.C., office in 2005. There he worked to promote the state’s agenda with the U.S. Congress and federal agencies as the Governor’s representative to the Georgia congressional delegation.

Prior to his work in state government, Mr. Wilson was director of governmental affairs for Greenberg Traurig, LLP, in Washington. He served under the late Sen. Paul Coverdell and under then-Rep. Nathan Deal. He is a Franklin Springs, Georgia, native, and holds an undergraduate degree in political science with a focus on international relations from the University of Georgia.